She stars in the post-apocalyptic sci-fi series Snowpiercer set to air on TNT in the spring.And on Saturday, Jennifer Connolly was at New York Comic Con to talk about the show that’s loosely based on Bong Joon-ho’s 2013 movie of the same name.

Connelly went bare-legged in her chosen ensemble and wore her raven hair straight with an off-center parting.She was made-up with black mascara, rosy blush and pink lipstick. Snowpiercer, like the movie it’s based on, is inspired by the graphic novels by Jacques Lob and Jean-Marc Rochette. 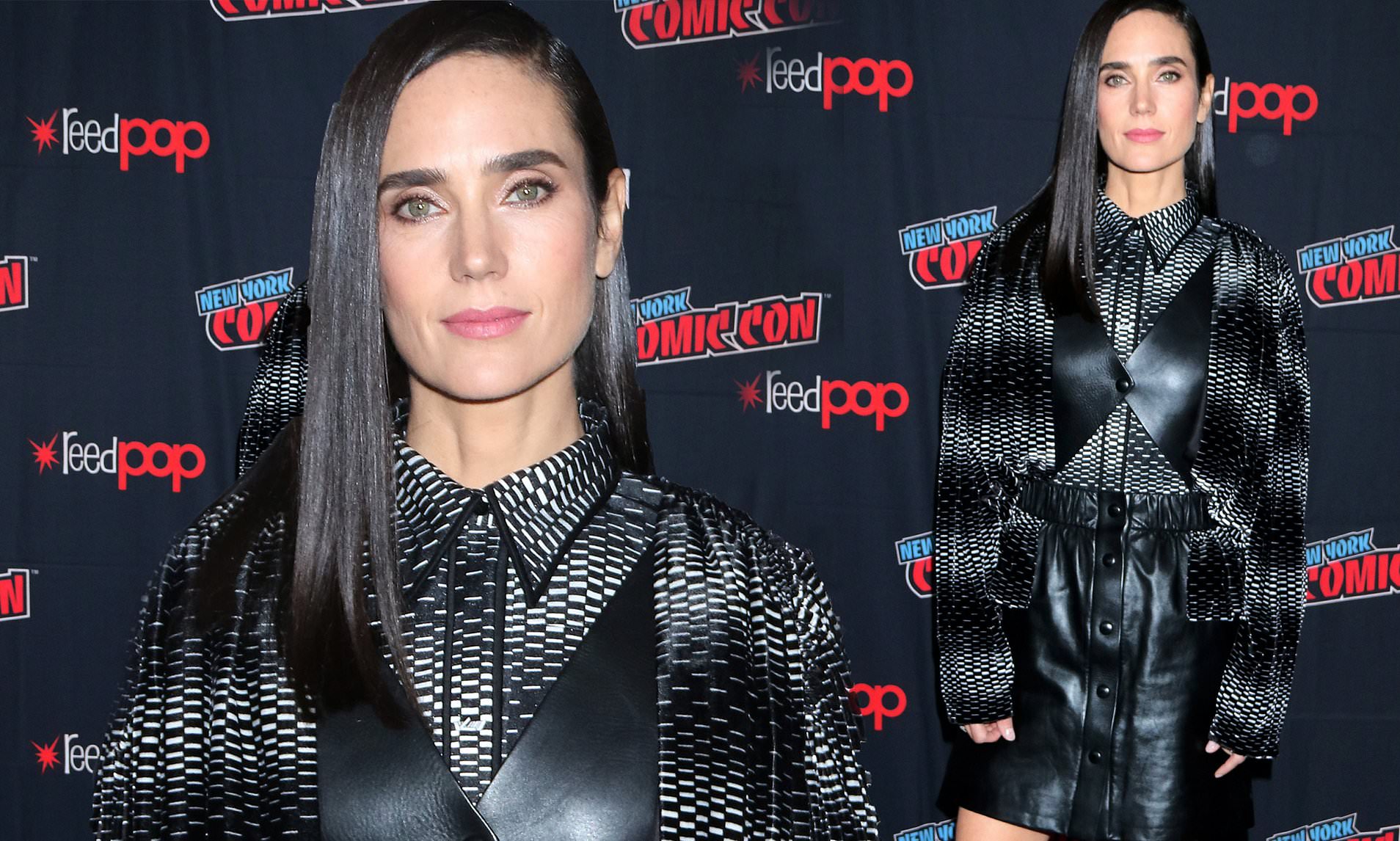 The TV series has had a long journey to the small screen; as Variety reports, the show was first put into development in 2015, ordered to pilot in 2016 and ordered to series in 2018.

Snowpiercer is set seven years after ‘The Freeze’, an event that turns the world into a frozen wasteland, and is based around a 1,001 car, constantly moving train that circles the globe containing what’s left of humanity, divided into compartments divided by class.
Connelly plays the train’s head of hospitality Melanie Cavill. 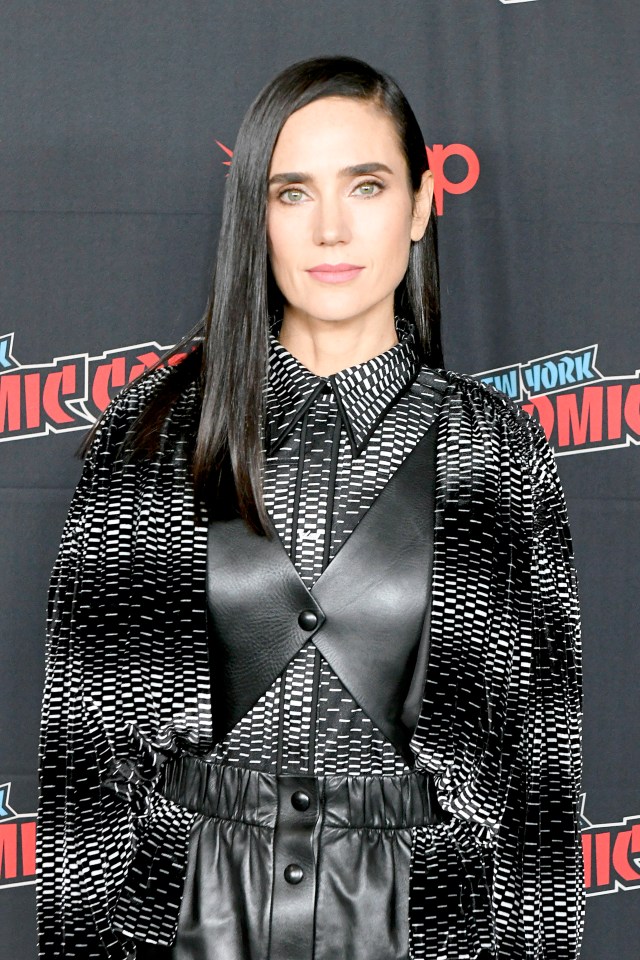 ‘She is quite literally the voice of the train, makes the daily announcements and is there to make sure things running smoothly and order is maintained,’ the Oscar-winning actress explained at NY Comic Con, per Comicsbeat.com. ‘She’s also someone who is carrying some secrets that are divulged throughout the course of the season. We get to learn that things are more complicated than they may seem at first,’ she added.

She was joined at the event by her fellow castmembers Lena Hall, Mickey Sumner, Sheila Vand, Daveed Diggs, Steve Ogg and Alison Wright.

Jennifer Aniston shows off her endless legs in ‘killer outfit’ as she returns to the social media.