Kelly Clarkson slayed in the sand and surf while rocking a black swimsuit and matching coverup in Santa Barbara. She looked so happy while hanging with her friends!

Kelly Clarkson is truly living her best life. The “Breakaway” singer,  hit the beach in Santa Barbara, California with some friends on a sunny September weekend, looking lovely and carefree as she strolled through the water.

Kelly rocked a loose-fitting black romper for her beach trip, which featured a low, ruffled neckline. Underneath, she was rocking a matching black swimsuit, and accessorized with tinted aviator sunglasses. 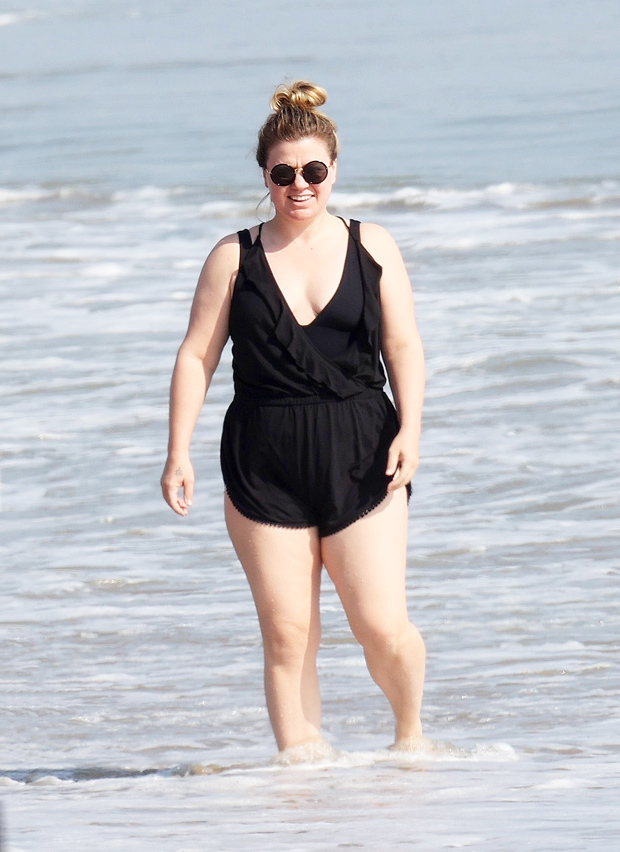 A day at the beach with friends is just what Kelly needed. She was all smiles during her frolic in the sand and surf, despite being embroiled in a tough divorce from husband Brandon Blackstock. and just weeks away from filming another season of The Voice. On top of that, she has her daily talk show to host and music to record!

Kelly filed for divorce from her husband of nearly seven years in June, but did not cite a reason for the split. While divorce is obviously a tough thing for anyone, it appears that the couple are keeping things amicable.

Kelly even thanked Brandon after accepting her Daytime Emmy Award for Outstanding Entertainment Talk Show Host. A source told HollywoodLife EXCLUSIVELY why she gave Brandon a shoutout for “believing in me” on Twitter. 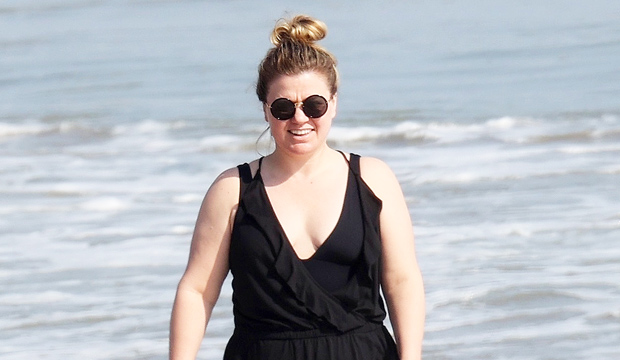 “She knows he always has her best interest at heart when it comes to her business and as of right now and he’s been there for many big decisions in her career,” the insider explained.

“He really helped drive her career to the next level. It’s clear he wants her to succeed and do well and he’s always believed in her talents. Divorce shouldn’t change that.” The estranged couple share two children: River, 6, and Remington, 4.